Drosophila melanogaster (D. mel), a type of fruit fly, has been the subject of scientific curiosity for nearly a century. The extensive body of knowledge surrounding D. mel makes it the most well-known organism on the planet. Showing genetic similarities to humans, fruit flies have often been the model organism of choice for humanity’s genomic and developmental studies.

The scientific community has recognised the groundbreaking work utilising D. mel since the early 1900s. Over the course of a century, the Nobel Prize in Physiology or Medicine has been awarded six times to 11 scientists for their fruit fly findings:

Two months out from the 2022 Nobel Prize awardments, Future Fields is celebrating D. mel-based research that rocked our world for the better. Its EntoEngine™ platform would not exist today without the work done by these scientists.

D. mel genetics studies arguably started with U.S. biologist Thomas Hunt Morgan, who discovered a mutation in fruit flies’ eye colour in 1910. Through a series of experiments that crossed white-eyed mutant flies with naturally red-eyed flies, Morgan demonstrated that the mutant gene for white eyes resided on the X chromosome. This meant that fly offspring could inherit new combinations of traits from their parents.

In the years following, Morgan used this basis to propose that genes are arranged on a chromosome like beads on a string. These beads contain genetic material and can be crossed over between a pair of chromosomes to create new genetic combinations. Morgan’s proposition transformed our understanding of genes from abstract ‘elements’ to tangible units, thus forming the foundation for the chromosome theory of heredity.

Morgan’s research was conducted in a small lab at Columbia University, which was later dubbed “The Fly Room.” Here, Morgan and his students pioneered the use of D. mel to study genetics, and his lab is often considered 'the birthplace of modern genetics research.' The Fly Room’s contributions towards our understanding of genetic mutations, sex-linked traits, and heredity earned Morgan the receipt of the Nobel Prize in Physiology or Medicine in 1933. [1]

One of the trailblazers in Morgan’s fly lab was Hermann Joseph Muller, who demonstrated genetic changes through x-rays. From 1926 to 1927, Muller bred fruit flies exposed to varying levels of radiation in a series of three experiments. The resulting offspring had noticeable differences in genetic markers and birth rates, as well as body abnormalities. The prolonged exposure to x-rays triggered mutations (sudden changes in genetic codes), with increasing exposure leading to a greater number of mutations.

Muller’s findings showed scientists that environmental factors like radiation could disrupt normal genetic functions and heritable characteristics. This principle is still used today, as radiologists take precautions to shield human patients from harm. Muller’s fly experiments on the mutagenic effects of x-rays earned him the Nobel Prize in Physiology or Medicine in 1946. [2]

More than 50 years after Morgan’s and Muller’s experiments, two young molecular biologists on the other side of the world, Christiane Nüsslein-Volhard and Eric Wieschaus, joined forces to investigate how a freshly fertilised D. mel egg grew into a segmented embryo. Their experiments specifically looked into genetic malformations to determine the genes that control early embryonic development. Their analysis pinpointed 15 genes responsible for segmentation. This novel approach utilising fruit flies highlighted that genes could be systematically classified, and prompted the discovery of the same types of genes in higher order organisms, including humans.

At the same time as Nüsslein-Volhard and Wieschaus, California-based Edward B. Lewis was analysing the genetic basis for homeotic transformations, or how one organ transforms into another. Lewis was particularly interested in how the organ that controls balance in D. mel (the halteres) morphed into an extra pair of wings. He found that this occurence was due to inactivity of a certain gene along the D. mel embryo's body axis, which would originally form the halteres. Its inactivity caused a related gene to change the haltere gene into one that forms wings, creating the extra pair. Lewis’ work on homeotic gene interaction, segmentation, and expression was a crucial step in understanding developmental biology, as the D. mel homeotic analogues could be found in humans and other complex organisms.

Collectively, the three drosophilists opened a world of understanding for the early development of the human embryo, earning them the joint awardment of the Nobel Prize in Physiology or Medicine in 1995. [3]

Nobel Flies of the 2000s coming soon. Follow our LinkedIn and Twitter for updates on our Nobel Flies series!

More on the blog 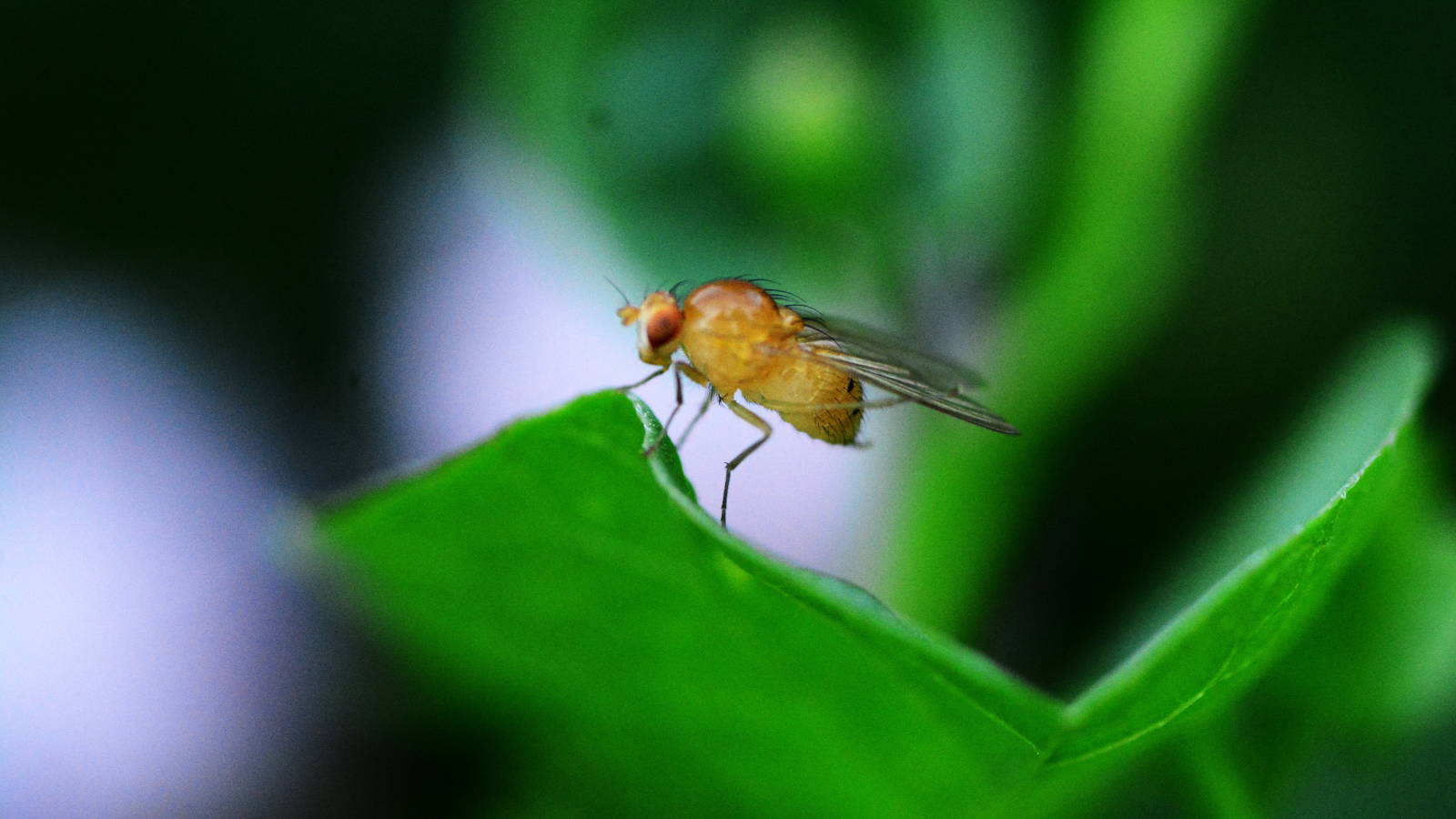 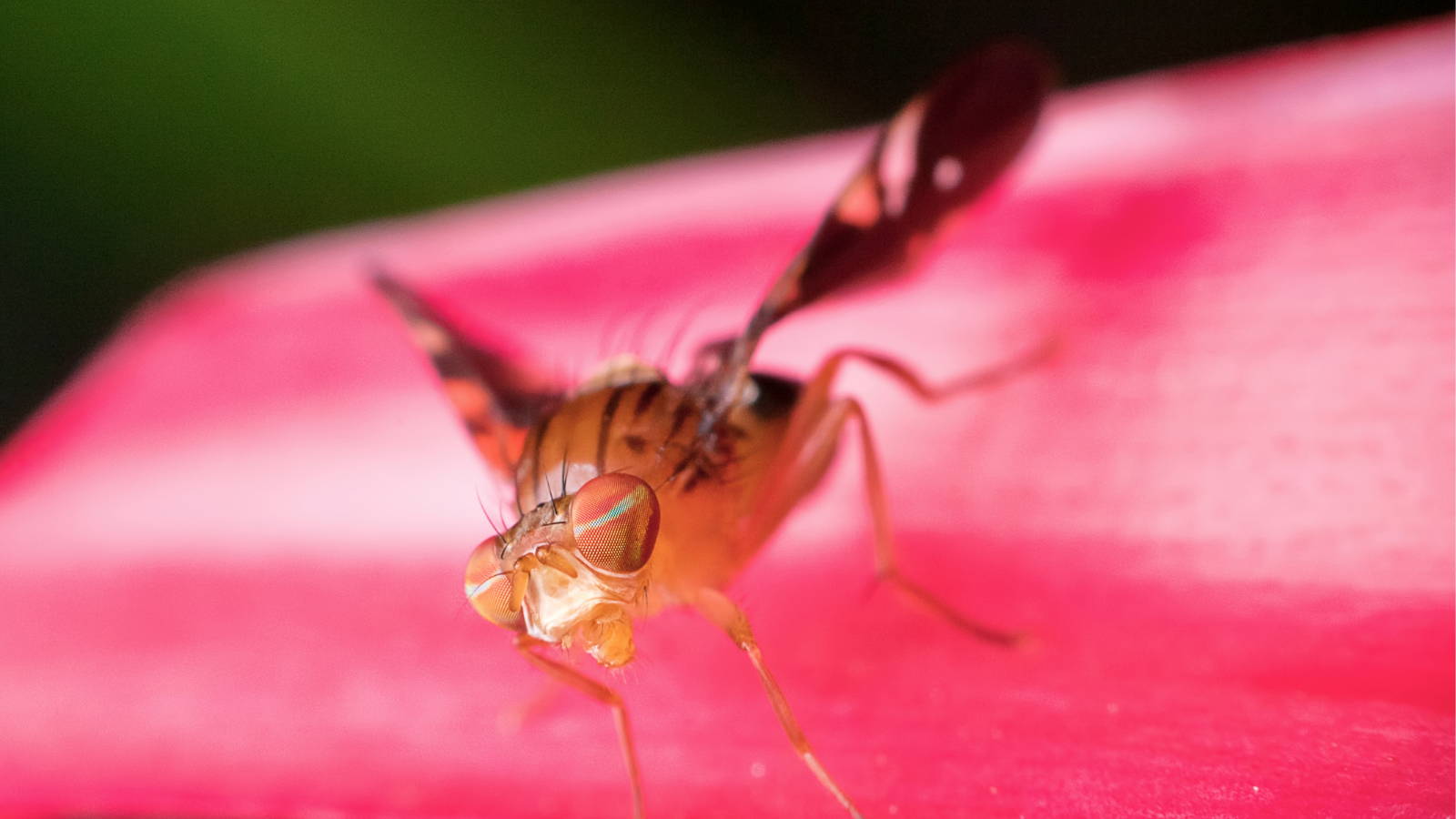 It’s in their genes: What makes fruit flies the ultimate model organism